History of liberalism in India: From Keshub Chandra Sen to Kamasutra

Spiritual Despots: Modern Hinduism and the Genealogies of Self-Rule (South Asia Across the Disciplines) May 30, 2016 by J. Barton Scott (Author)
After Protestant polemics developed the concept of priestcraft as religious fraud, missionaries travelling throughout the British colonies eventually dispersed it into the lexicon of Hindu reformers. These nineteenth–century reformers translated the religious insult into vernacular languages like Hindi and Gujarati, breathing new life into the idea in the context of their own tradition. Used to vilify religious hierarchy and celebrate the ideal of the autonomous individual, priestcraft rhetoric also became important to the liberalism in India. Indeed, as Scott shows, the history of liberalism in India cannot be separated from the history of subjectivity. Scott draws on close readings of texts in multiple languages from powerful thinkers of the day, such as James Mill, Keshub Chandra Sen, William Howitt, Karsandas Mulji, Helena Blavatsky, and many more, to provide a broad, transcontinental perspective. Uniting writers across time and space, Scott sheds much-needed light on how priestcraft rhetoric and ascetic religious practices in India played a surprising part in creating a new moral and political order based on ideals of self-governance for twentieth century India, demonstrating the importance of viewing the emergence of secularism through the colonial encounter.

Conservatism and Postcolonial Politics Jul 22, 2016 by Stefan Andreasson (Author)
Conservatism, rooted in tradition, hierarchy and duty and sceptical of progressivism and rationality, provides a superior framework for understanding and engaging with the formerly colonised world than do the liberal and socialist foundations on which Western thinking about colonialism initially depended, as in de Tocqueville’s defence of imperialism, the ambivalent views in J S Mill and Marx and the unequivocal critiques of Diderot, Hobson and Lenin.

The Making of India: The Untold Story of British Enterprise May 24, 2016 by Kartar Lalvani (Author)
This exciting book moves beyond and against the current postcolonial orthodoxy. Instead of arguing that all colonization is wrong and inherently unjust, Dr. Kartar Lalvani argues that Britain made a crucial contribution in providing India with its lasting physical and institutional infrastructure which continues to underpin the world's largest democracy. The indisputable fact is that India as a nation, as it stands today, was originally put together and created by a small distant island nation. That India has endured as a democracy and a unified nation is thanks to the all important and fully functional infrastructure of an independent civil service and judiciary, a disciplined and apolitical army and a well drilled and efficient police force--all developed by an imperial power. This finally explodes the myth that all India's problems are caused by outsiders' interference
Dr. Kartar is himself Indian and is fully aware that his book will create great controversy, but it is a meticulously argued and researched history of the people of India since the 17th century.


The Public Sphere From Outside the West by Divya Dwivedi (Editor), Sanil V (Editor) Sep 24, 2015
The essays bring to attention the formation of geo-politically and historically distinct public spheres from South Africa, India, America and Europe. Such formations are found not only in the postcolonial histories of print, photography, cinema and caricature but also those underway in the digital era, such as the Arab Spring, Occupy movements and Anonymous. Through critical engagement with philosophers such as Kant, Heidegger, Benjamin, Habermas and Arendt, the determining concepts of the Public Sphere - privacy, secrecy, reason, the people - are shown to be undergoing epistemological and practical ruptures.

Transnational Social Work and Social Welfare: Challenges for the Social Work Profession (Routledge Advances in... Aug 12, 2016 by Ursula Kämmerer-Rütten (Editor), Alexandra Schleyer-Lindemann (Editor), & 2 more
Transnational Social Work and Social Welfare argues for the increased importance of the transnational perspective in social work theory and practice. The book challenges the idea of the nation state as a given entity and argues that globalization, new media as well as an increasing number of people crossing borders must have an impact on the theories and strategies of social work. The international contributors are critical of a restricted focus on a geographically defined space and the negative impact on work with clients.

Foucault and the Kamasutra: The Courtesan, the Dandy, and the Birth of Ars Erotica as Theater in India May 27, 2016 by Sanjay K. Gautam (Author)
The Kamasutra is best known in the West for its scandalous celebration of unbridled sensuality. Yet, there is much, much more to it; embedded in the text is a vision of the city founded on art and aesthetic pleasure. In Foucault and the Kamasutra, Sanjay K. Gautam lays out the nature and origin of this iconic Indian text and engages in the first serious reading of its relationship with Foucault.
Gautam shows how closely intertwined the history of erotics in Indian culture is with the history of theater-aesthetics grounded in the discourse of love, and Foucault provides the framework for opening up an intellectual horizon of Indian thought. To do this, Gautam looks to the history of three inglorious characters in classical India: the courtesan and her two closest male companions—her patron, the dandy consort; and her teacher and advisor, the dandy guru. Foucault’s distinction between erotic arts and the science of sexuality drives Gautam’s exploration of the courtesan as a symbol of both sexual-erotic and aesthetic pleasure. In the end, by entwining together Foucault’s works on the history of sexuality in the West and the classical Indian texts on eros, Gautam transforms our understanding of both, even as he opens up new ways of investigating erotics, aesthetics, gender relations, and subjectivity. 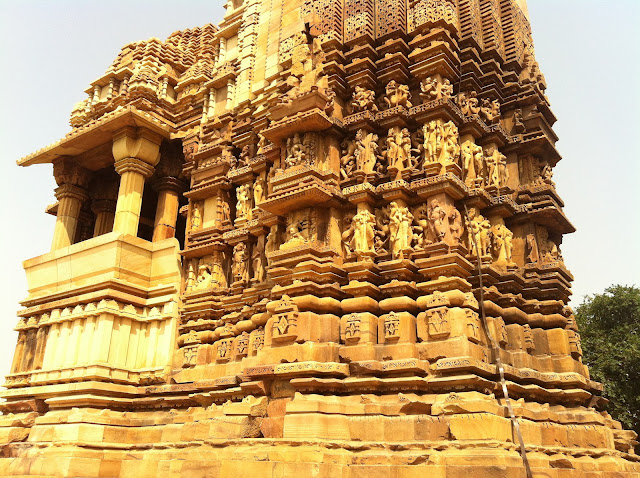 Posted by Tusar Nath Mohapatra at 2:35 PM No comments:

Business World - Volume 9
https://books.google.co.in/books?id=yqRaAAAAYAAJ
1989 - ‎Snippet view - ‎More editions
Not without reason. Rarely had an one tried to the name of an established brand, attempts at brandname changing were = which became Maltova, and Tinopal Ranipal). ... Indians tuned in en masse to Radio Ceylon to catch the Geet Mala.

Advertising Management: Concepts and Cases - Page 84
https://books.google.co.in/books?isbn=0074517805
Manendra Mohan - 1989 - ‎Preview
5.6.5 Change in Brand Name Companies may, at times, enter into fixed-term contracts for the purchase of technology and the use of patents. Tinopal a brandname for an optical whitener for clothes, was changed to Ranipal because of the  ...

https://books.google.co.in/books?isbn=0198074042
Saurabh Dube - 2011 - ‎No preview
Modern Makeovers examines the conditions, limitations, and possibilities of modernity in contemporary contexts of politics, culture, and the arts in the South Asian context.

Is modernity new to India, involving the transformation only in recent decades of an apparently timeless traditional society through global networks of banking and industry, migration and information, and trade and technology? Or have different groups on the Indian subcontinent variously participated in processes of modernity over a much longer time period? How is modernity itself to be understood and what forms have its expressions taken? Modern Makeovers explores the depths and surfaces which are constitutive of modernity and its representations. It sheds light on the historical aspects of modernity during colonial times. The volume also examines the conditions, limitations, and possibilities of modernity-and the modern-in contemporary contexts, including politics, culture, and the arts. The handbook approaches formations of modernity as always particular yet already global, all the while drawing on a range of South Asian experiences. The contributors map prior routes and chart novel pathways in discussions of modernity in the different regions of the subcontinent. They attend to prior, inherited understandings of modernity that are based on pre-figured, modular projections of the traditional and the modern, the non-West and the West.
The Investor's Guide to Technical Analysis - Page 320
https://books.google.co.in/books?isbn=0070263655
C. Colburn Hardy - 1978 - ‎Preview
To stand up against Nirma that kept growing in both volume and market share, HLL had to defend Surf with all its might. HLL had been operating a differentiation led strategy, highlighting the distinctive merits of Surf as a detergent and ...
Crafting And Executing Strategy:The Quest For Competitive ...
https://books.google.co.in/books?isbn=0070600899
Thompson - 2006 - ‎Preview - ‎More editions
Nirma in the 80s had been widely hailed as a 'Marketing Miracle' providing inspiration to Indian companies fighting for turf with MNCs. What led to the success of the company and how is it dealing in the aftermath of a huge success?
Marketing Management 4E - Page 500
https://books.google.co.in/books?isbn=0070144915
Rajan Saxena - 2009 - ‎Preview - ‎More editions
Similarly famous is the marketing war of the mid 1980s between Nirma and Surf in the detergents market. Hindustan Lever would have never expected that its position in the Indian market would be challenged, and that too by a nondescript,  ...
Operations Management: Processes And Value Chains, 8/E - Page 54
https://books.google.co.in/books?isbn=8131711315
Krajewski - 2007 - ‎Preview - ‎More editions
Often, lowering costs requires a completely new process, which may require investment in new automated facilities or technology. Managerial Practice 2.1 shows how Nirma uses the low-cost operations priority (along with other competitive ...
PRODUCT MANAGEMENT IN INDIA
https://books.google.co.in/books?isbn=8120333837
RAMANUJ MAJUMDAR - 2007 - ‎Preview - ‎More editions
Nirma Nirma created a marketing miracle, when introduced in the domestic marketplace. In 1969, when the detergents were priced so exorbitantly, it was a luxury item for most of the Indians. Nirma envisioned the vast Fabric Wash market  ...
A to Z Entrepeneurship: 26 Words that capture what it takes ...
https://books.google.co.in/books?id=7XAWBQAAQBAJ
Hemant C. Lodha - Full view - ‎More editions
He is the founder of the powerful brand 'Nirma' which he aptly positioned using all the 4 M's of business(viz. Man, Machine, Material & Money) to his advantage. Karsanbhai Khodidas was born in 1945, in Ruppur village in north Gujarat in a ...
Competition in Indian industries: a strategic perspective - Page 330
https://books.google.co.in/books?id=8ibtAAAAMAAJ
N. Ravichandran - 1999 - ‎Snippet view
Nirma penetrated the semi-urban and rural areas selling the product off the " kirana" shops and "dhabas". As volumes grew, Patel shared the profits with his agents 75 per cent of whom still work with Nirma as its distributors. Nirma'sreach grew ...
Case Studies on Competitive Strategies - Volume 1 - Page 224
https://books.google.co.in/books?isbn=8131401960
Sumit Kumar Chaudhuri - 2006 - ‎Snippet view - ‎More editions
He started conducting experiments in his kitchen and introduced a detergent powder Nirma, named after his daughter, Niranjana. Nirma was sold at INR 3.00 per kg. In a short span of time, Nirma's presence extended from Ahmedabad to the ..

India's New Capitalists: Caste, Business, and Industry in a ...

Advertising N Promotion - Page 135
https://books.google.co.in/books?isbn=0070080313
Shah - 2009 - ‎Preview - ‎More editions
In Figures 3.5a-b, LG refrigerator and Videocon washing machine are clearly targeted to the urban male, evident ... In one television commercial of a washing machine, the husband is shown returning home to find his wife doing Kathak.
Marketing Management: Text and Cases Indian Context - Page 175
https://books.google.co.in/books?isbn=8174465480
Tapan K. Panda - 2009 - ‎Preview - ‎More editions
Washing. Machine. Industry. The washing machine is to the '90s what the color TV was to the '80s. It is next on the shopping ... The play seems to have paid off for Videocon; it introduced the top semi-automatic model and it was an instant hit.
India Today - Volume 23 - Page 90

https://books.google.co.in/books?id=C2BDAAAAYAAJ
1998 - ‎Snippet view - ‎More editions
IF INDIA IS LESS OF A NATION OF maids now than 10 years ago, Videoconshould share some of the credit, having sold close to two million washing machines. Videocon diversified into washing machines in 1988, following its success in TV ...

Those Were the Days:

https://books.google.co.in/books?isbn=9352013050
N.S.Ravi - 2015 - ‎Preview
Radio Ceylon those days was the most popular radio station all over India. TheCeylonese radio was operating ... Topping the Binaca Geetmala chart was an ambition amongst music directors and singers alike. Amongst foreign radio stations ...

A Journey Down Melody Lane

https://books.google.co.in/books?isbn=9351363252
Daman Singh - 2014 - ‎Preview - ‎More editions
Though banished from the national airwaves, they were rescued byRadio Ceylon,a commercial radio station with its ... Binaca. Geetmala,. hosted by the mesmerizing voice of Ameen Sayani on Wednesday evenings. Radio Goa also offered a ...

https://books.google.co.in/books?isbn=8131718832
Yogendra Singh - 2010 - ‎Preview
It was a boon to Radio Ceylon, whose commercial channels not only attained unprecedented popularity, but also earned ... while Hamid Sayani compered a well known English quiz programme, his brother Ameen hosted the popularBinaca ...

https://books.google.co.in/books?isbn=0816645787
Sangita Gopal, ‎Sujata Moorti - 2008 - ‎Preview - ‎More editions
As other chapters in this volume show elsewhere, during the period when Hindi film music was banished from the airwaves, listeners from India simply tuned into Radio Ceylon, with the program Binaca Geetmala becoming a rage.20 Hosted ...

Posted by Tusar Nath Mohapatra at 1:10 AM No comments: