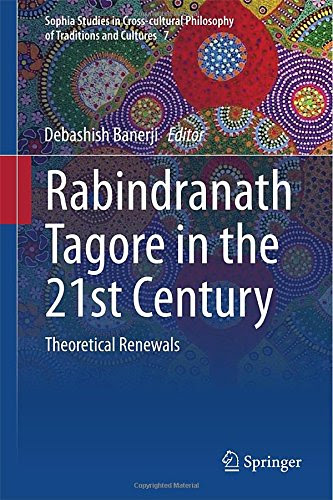 SELF aims at supplementing the individual’s struggle for a successful social adjustment with more aspirational input https://t.co/roBIUZZGr4
@India_Policy Political correctness is an evolving phenomenon; not something fixed. Demonizing human rights, liberal values brings no glory.
If one ignores Grotius or Locke and relies upon Golwalkar instead for his philosophical foundations, then his ethical perspective is warped.
Heraclitus and Plotinus, Schelling and Hegel, Nietzsche and James, all find their stands reconciled in Sri Aurobindo's Integral Philosophy.
D.S. Kothari (1906–1993), a scientist, was instrumental in introducing Sri Aurobindo's philosophy in education. https://t.co/opCiQXgXe7
[Taylor writes as a believing Catholic: Yet he is merciless as to its many failings.] ~Robert N. Bellah https://t.co/Jcc9bB2nwx 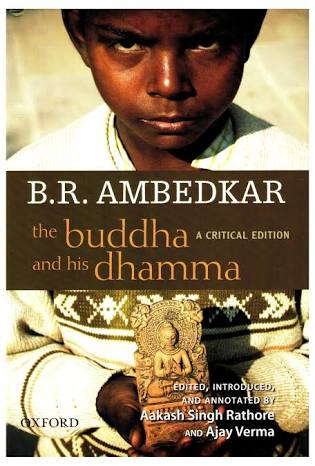 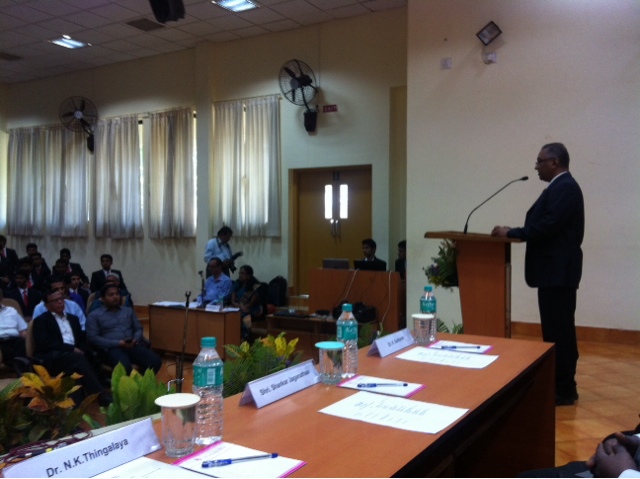 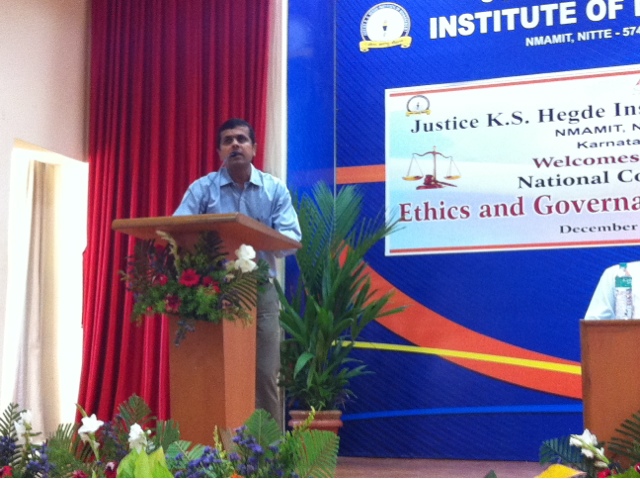 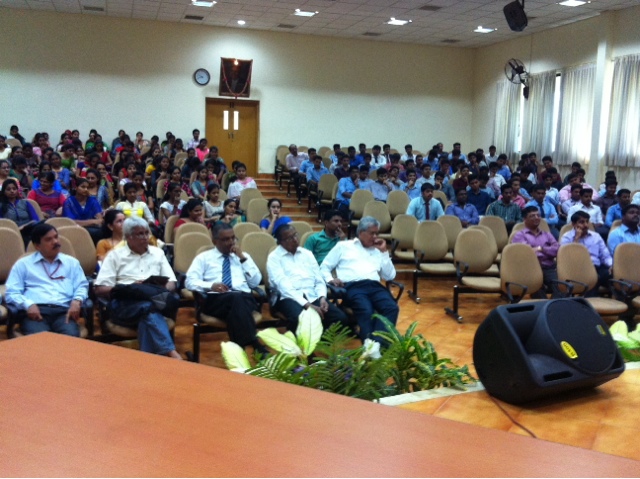 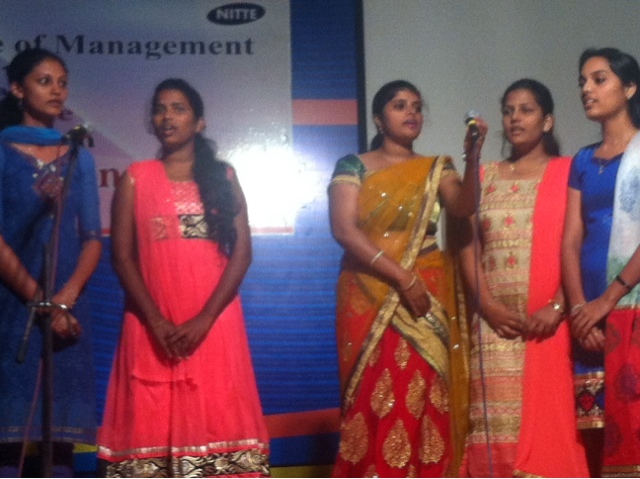 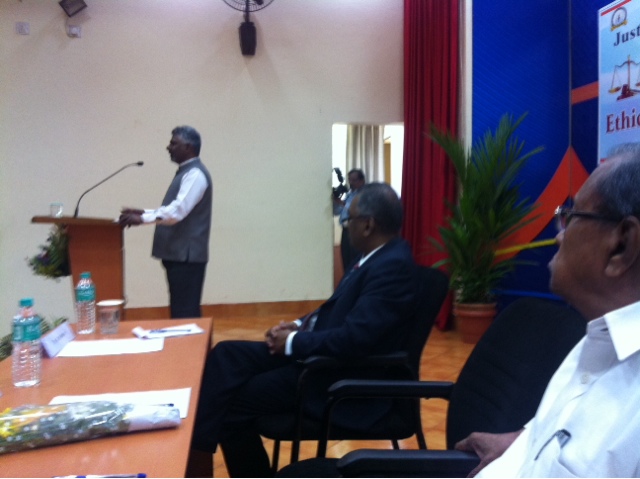 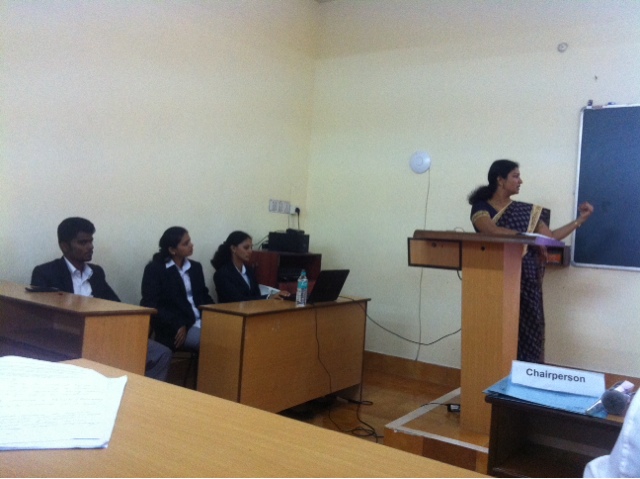 The JKSHIM had also redefined its mission statement, which is “To prepare enterprising leaders who are analytical, communicative, ethical and alive to social responsibility, and who, by discovering their own inner voice, are able to celebrate diversity in a rapidly changing global environment”.
The JKSHIM will have to give a quality report every two years to the ACBSP, Prof. Sankaran said. N.K Thingalaya, N.S.Shetty, G.V.Joshi, Sudhir Raj K., Ravilochan Rao, Krishna Prasad and Shilpa Praveen, were present.

No doubt, we have a representative democracy but many representatives get elected with the support of small groups by electioneering and manipulations. Many developmental schemes in India have not become fruitful because there is no effective institutional arrangement to maintain co-ordination among them. Besides there is a tendency among the people in India to highlight the problem. It is now the time for them to think about solution instead of simply flaring problems. The State and the Government should devise strategies for encouraging private initiatives in the areas where public sector cannot play a useful role.

To decide the optimal mix of the Market and the State, is a challenging job but the need of the hour is to meet this challenges and not to fritter away time in describing this challenge. The youths now should come forward with the determination to fight evils like corruption, said a noted Industrialist Mr. Jagadish Kini, Founder Partner, E5c, Bangalore. He was delivering the valedictory address at the National Conference on Market, State and Society in Emerging India at the Institute on December, 30-2013. Another speaker and Convener of the Conference Dr. G.V. Joshi referring to Kautilya’s Arthashastra said that there should be a mix of the State and the Market for promoting social welfare. Therefore, the country has market oriented reforms. The importance of the State and Government has not-demised. It has only changed.

The society is more important than the Market and the State, said Dr. G V Joshi. The Director of the Institute Dr. K. Sankaran, giving a resume of the two day Conference said that the Institute will discuss the solutions to the problem of the country in the light of the proceedings of the Conference. Mr. Vishal Hegde, Trustee, Nitte Education Trust, in the capacity of the Guest of Honour, observed that it cannot be worthwhile to think about the future of the country instead of wasting time over the happenings of the past. Delivering Presidential address Dr. N K Thingalaya, Chairman, Academic Council of the Institute, said that emerging India is a bundle of contradictions. India is expecting faster rate of growth, there are serious problems of malnutrition and starvation with a marginal increase in monthly incomes, the poor started eating little more food articles.

As a result food prices shot up while there is difficulty in getting food articles for many in India, India leads the world in total rum consumption. It is estimated that more than 20 percent of the alcohol manufactured in the world is consumed in India annually, Thingalaya added. Professor Radhakrishna Sharma delivered welcome address and Professor Ravilochan Rao proposed a vote of thanks. Posted by Nitte Blogs at 22:44 Sunday, 12 January 2014

Justice K S Hegde Institute of Management was established by the Nitte Education Trust on July 4, 1998. Named after the visionary and founder, late Justice K S Hegde, the Institute offers a two-year full time MBA program recognised by the All India Council of Technical Education (AICTE) and the Government of Karnataka and is affiliated to the Visvesvaraya Technological University, Belgaum

Posted by Tusar Nath Mohapatra at 2:24 PM No comments:

D.S. Kothari (1906–1993), a scientist, was instrumental in introducing Sri Aurobindo's philosophy in education. https://t.co/opCiQXgXe7
Neglecting Sri Aurobindo is the most detrimental lapse in Ambedkar's scholarship. [Ambedkar, Democracy, Upanishads] https://t.co/KSgq7MOrLa
[Peirce, James, Santayana, and Dewey, Freud, Jung, Rank, Reich, and Kohut, and the Indian philosopher Sri Aurobindo] https://t.co/fzM6B1UdFE
[Taylor writes as a believing Catholic: Yet he is merciless as to its many failings.] ~Robert N. Bellah https://t.co/Jcc9bB2nwx
The Mother & Sri Aurobindo stand as towers of light to help ward such offensives off. [TNM55] #SavitriEraReligion https://t.co/yNUDwTGMIM

For a rational education debate... - The Hindu

sahapedia.org › dr-d-s-kothari-a-modern...
Mar 21, 2013 - In the lecture Dr. Kothari referred to a report of a panel of the UK Council for Scientific Policy ..... in one manner by Sri Aurobindo and in another manner with great profundity by Ramana ...

Higher Education I: From Kothari Commission to Pitroda ...

www.epw.in › commentary › higher-edu...
In 1966, the D S Kothari Commission on education submitted a progressive report, which was largely implemented ...

https://books.google.co.in/books?id=bcPWAAAAMAAJ
Aurobindo Ghose - 1977 - ‎Snippet view - ‎More editions
The National Committee for Sri Aurobindo's Birth Centenary, with which Dr. D.S. Kothari was associated throughout as much as a scholar of eminence as Chairman of the University Grants Commission, sponsored or liberally supported many ...

Footprints on the Sands - Page 42

https://books.google.co.in/books?id=pfTWAAAAMAAJ
Indrani Sanyal, ‎Krishna Roy - 2007 - ‎Snippet view
Between the work done on the body by Sri Aurobindo and The Mother and that which has been done in the past in India ... We are reminded of the last testimony of the physicist, Dr D.S. Kothari, that "Matter cannot be known unless we know ...

Education, science, and human values: essays in honour of ...

https://books.google.co.in/books?id=_WZjAAAAMAAJ
1974 - ‎Snippet view - ‎More editions
Among critical studies exclusively devoted to Sri Aurobindo, K.D. Sethna's Overhead Poetry : Poems with Sri ... In the former there are essays by K.R. Srinivasa Iyengar, Sisirkumar Ghose, D.S. Kothari and others, and in the 79 INDIAN ...

Symbiosis Of Science And Spirituality Generation Of ... - Page 380

https://books.google.co.in/books?id=fXY6AAAAMAAJ
D. S. Kothari - 1983 - ‎Snippet view - ‎More editions
Meghnad Saha medal lecture 1978 D. S. Kothari. luminous insight that if one knows ... There is however a full-throated support to the synthetic and integrated view of the Isha Upanishad in Sri Aurobindo's writings. In fact, he could be called the ...

https://books.google.co.in/books?id=qwXkAAAAMAAJ
Gustav Roth, ‎H. S. Prasad - 1992 - ‎Snippet view
Referring to this reconciliation of the seemingly opposites in the lsa Upanisad Sri Aurobindo remarks, 'It will not qualify or ... D.S. Kothari, Emeritus Professor, Department of Physics & Astrophysics, University of Delhi, for giving me inspiration, ...

https://books.google.co.in/books?isbn=8186236104
2011 - ‎Preview
The pedagogical philosophy of Sri Aurobindo and the Mother in Pondicherry, the critique of schooling in Rabindranath Tagore's work in Bengal, ... The Kothari Commission which submitted its report in 1966 encouraged work experience, the application of science to agriculture ... full import of the Commission and worked very closely with its Chairman, Dr. D. S. Kothari, to implement its recommendations.

https://books.google.co.in/books?isbn=8170172527
Kapila Vatsyayan - 1991 - ‎Preview - ‎More editions
A modern Rishi, Dr. D.S. Kothari, had inaugurated the Seminar, appropriately another, equally venerated as scholar, ... the Session, brought his erudition and perception and elaborated on Aurobindo's interpretation of A_kas'a as experience.

The Lab, the Temple, and the Market: Reflections at the ...

https://books.google.co.in/books?id=dKXWAAAAMAAJ
T. R. Anantharaman - 1996 - ‎Snippet view
... and Professor D. S. Kothari (1906- 1993), distinguished President of the Indian National Science Academy and also Chairman ... Like many of his original and powerful writings of this period, it has taken some decades for Aurobindo'salmost  ...

Some Thoughts on Science & Religion - Page 4

https://books.google.co.in/books?id=2L7aAAAAMAAJ
D. S. Kothari - 1978 - ‎Snippet view
D. S. Kothari. consciousness. And "words" are a direct manifestation of human consciousenss. The very opening lines of the Mandukya ... Likewise all else that may exist beyond the bounds of time, that too is OM" (Sri Aurobindo's translation).

https://books.google.co.in/books?id=EpEcAQAAIAAJ
1980 - ‎Snippet view - ‎More editions
(Shri Aurobindo's translation II-3-14). It was about this stanza that Paul Deussen said that no nobler, profounder ... one that helps you to live?" [xlvi, 188f (B, 113 f)] withdrawing from that position. We may take God and Absolute 10 D. S. KOTHARI.

https://books.google.co.in/books?id=KAIdAQAAMAAJ
1964 - ‎Snippet view - ‎More editions
... Education Commission headed by Dr D.S. Kothari, which was released by the Education Ministry on August 26, 1966, ... The band of nationalist leaders like Tilak, Gokhale, Gandhi, Patel, Nehru, Aurobindo Ghose and many others were all  ...

Posted by Tusar Nath Mohapatra at 1:06 AM No comments: